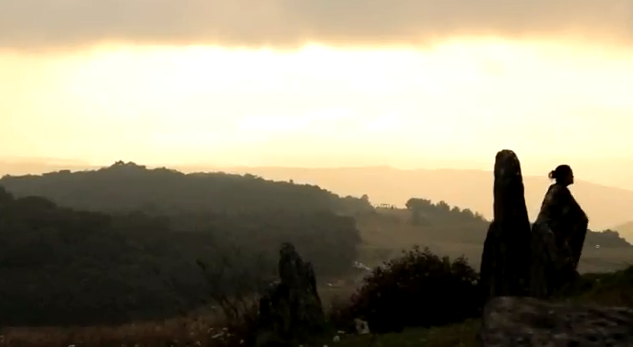 REDD+ is an international mechanism that launched almost ten years ago at the United Nations Climate Change Conference in Montreal,  to drive action on both deforestation and climate change.

By placing a financial value on forest protection efforts around the world, REDD+ is helping businesses and indigenous forest communities align.

Business in the Clouds – India’s First REDD+ Project, with the Indigenous Khasi

In the worlds wettest place, Meghalaya, the Federation of Indigenous Khasi are powering ahead with India’s first REDD+ Project.  You can watch the short film we made, the 101Vision in just 4 minutes here:

Sacred forests, scattered with ancient stone monoliths, are home to a multitude of endangered species. Yet, due to pressures from logging, mining, forest fires and agriculture, deforestation was rapidly undermining ecosystems and peoples livelihoods.  Community Forestry International worked with a Federation of 10 indigenous kingdoms to develop India’s very first REDD+ initiative, certified under the Plan Vivo (living plan) Standard.  Businesses are able to make payments for ecosystem services by buying carbon credits – making these kind of projects happen and aligning business interests with those of the worlds great forests and indigenous peoples like the Khasi.

In September, more than 150 governments, companies, civil societies and indigenous peoples came to agreement on the New York Declaration on Forests.

This including a pledge to cut the destruction of natural forests in half by 2020 and to end it completely by 2030. Pledged also, is the restoration of 350 million hectares of forest land by 2030 and support for local communities – giving them an alternative to deforestation driven by poverty. These aims have the potential to reduce emissions by up to a staggering 8.8 billion tons CO2 per year by 2030.

Business are at the forefront of these new pledges and the Consumer Goods Forum, a coalition of 400 companies is calling for a legally binding climate deal, including REDD+, to be passed by the United Nations Climate Change Conference in Paris next year.

Business is changing and ecosystems and the biosphere are being revalued – clear example of shared value creation where everyone benefits. Through REDD+ projects business can not just offsett their carbon footprint but also tap into the myriad ecological and social value of forests.

The value of our world forests is immeasurable. Yet they continue to be destroyed at an average rate of about 13 million hectares per year, equating to around 350km2 of forests each day and equivalent to wiping out an area the size of the whole UK every year. Although most business will be aware of global deforestation, what might come as a surprise is the additional carbon dioxide created when forests are destroyed. Forest are carbon storehouses, holding vast quantities of CO2 in the trees, vegetation and through decaying plant matter held in the soil. Eighty percent of the Earth’s above-ground terrestrial carbon and forty percent of below-ground terrestrial carbon is held in forests and when these fall, vast quantities of C02 are released into the atmosphere.

Deforestation currently accounts for 17% of annual carbon emissions, a figure, which is greater than the whole global transport sector and equivalent to the total annual CO2 emissions of the USA or China…

We need to work together and do more.  The REDD+ Talks in London on the 22nd October will be a good place to further demonstrate the power of collaboration, in developing and communicating the new relationship between business and forest peoples.