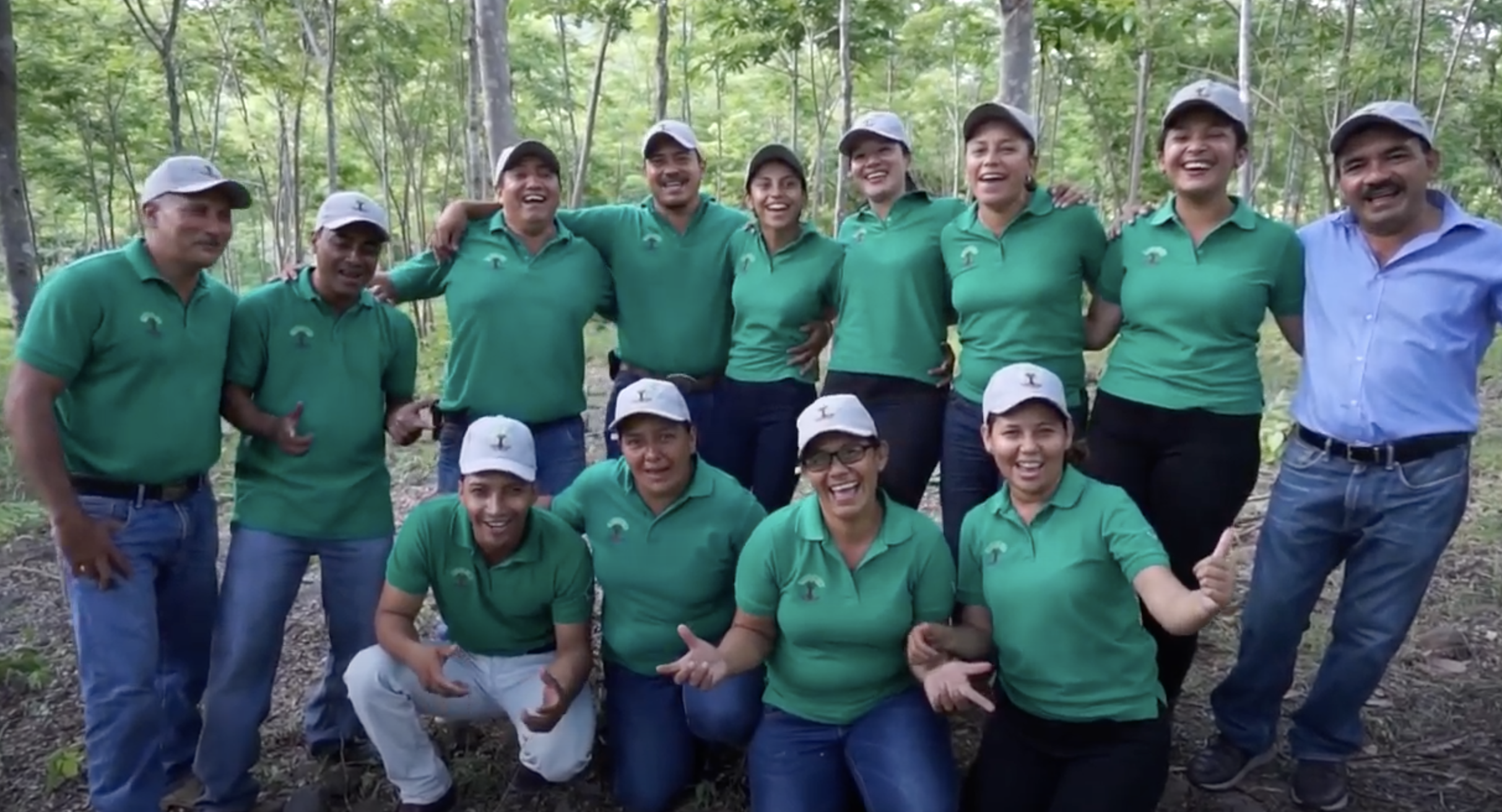 Taking Root’s CommuniTree project celebrates major milestones in its 10th year of operation. C Level is one of Taking Root’s very earliest partners; we could not be more excited to see how far this project has come since 2010! It is now a flagship that is not only scaling itself, but offering the tools and know-how to seed other projects around the world.  All made possible by the many individuals and businesses that have supported it over these years.

In 2020, the CommuniTree project planted their 10 millionth tree, issued their one millionth carbon credit with Plan Vivo and sailed past their target when in a single year they reforested 2,107 hectares of underused land, more than double the area they reforested in 2019. There are now over 6000 hectares of reforested land, and more than 1,300 farmers taking part in the programme, with 1.5 million tonnes of CO2 being sequestered, and almost US $7million going to local communities.

All this despite the challenges Covid-19 brought to the region. In true CommuniTree form, while more than 3 million trees were being planted throughout the year, the exceptional local team showed the extent of their resilience and flexibility by adapting their outreach programme to provide public health support to the remote CommuniTree communities.

Their successes continue with Taking Root’s model being rolled out across three continents to 9 countries around the world, and their innovative FARM-TRACE technology, which continuously monitors and communicates on the growth of the forests, is nearing its launch as an Approved Approach with Plan Vivo. This will enable any small holder project to automate their forest and carbon reporting, and access financing for forest carbon. Perfect timing with the recent surge in companies making large-scale Net Zero carbon commitments and collaborative initiatives such as the UN Decade on Ecosystem Restoration launching in 2021. FARM TRACE which was recently selected to join Google’s Start Ups Accelerator.

Taking Root has just announced another new project called Impact at Origin.  This is a pilot with leading Swedish coffee brand Arvid Nordquist. Using FARM-TRACE, Taking Root will work with Arvid Nordquist and the Rainforest Alliance, to deliver verified emissions reductions and carbon removals at the farm level, in Arvid Nordquist’s Nicaraguan coffee supply chain. FARM-TRACE will be used to measure and verify forest impacts and carbon sequestration across thousands of coffee farms simultaneously. The platform does this by combining mobile, satellite imagery and machine learning data.

“By growing trees alongside coffee production, farmers can receive additional income for the carbon they sequester as well as stabilizing coffee yields in the face of rising temperatures.” Will Sheldon, Commercial Director at Taking Root.

C Level supports CommuniTree right from the start in 2010

CommuniTree has come such a long way since it began for us in 2010 with an incoming phone call from founder Kahlil Baker, a man with a plan.  At the time there was scepticism of the vision from the local communities and funders. Natural climate solutions was not the widely recognised term it is nowadays, and smallholder farmers had traditionally survived by removing trees rather than protecting them and planting more. A handful of farmers were willing to try a new approach and formed the vanguard for what is now the largest reforestation project in Nicaragua. Learn more in this short film.

“C Level was one of the very first businesses to agree to support CommuniTree when it was founded 10 years ago. We have watched it grow and the level of support and the commitment from individuals and businesses to the project is helping it scale further.” Daren Howarth, C Level

CommuniTree has been selected as one of the solutions in Microsoft’s recently announced portfolio or carbon removal projects. Microsoft has committed to removing 1 million metric tonnes of carbon dioxide from the atmosphere.

Every project has to balance growth with capacity building in the field. Communities decide what they want, and how they want to grow the project. For our part, we will continue to put in the time to communicate with people about this exceptional nature based solution to climate change, and do all we can to take them for a dive ‘under the hood’ of the project. Only then can people decide to do what companies like Springer Nature have done, choosing to align for the long term with the partners in our Carbon Balanced programme – holistic projects built to deliver action on carbon, action on forests, with communities.